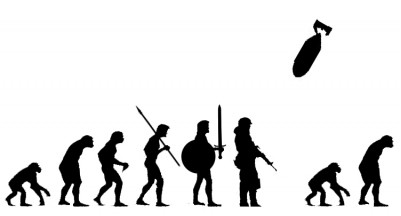 I’m Melting The first thing i noticed was the file “melts” (delete’s itself once run (well, tries to)), this is done by a lot of malware to prevent future forensics, but how this sample does it is a little less than elegant. |

Initial Infection After executing the packed binary it unpacks itself and continues running, the above batch file is deployed to delete the dropper after run. For stealth reasons, the kit sits idle for an undefined amount of time (I’m yet to find out how this is done), then the system is automatically rebooted. NtShutdownSystem is hooked to receive notifications of shutdowns / reboots, so rebooting the computer will result in intimidate infection and save you a wait. Amusingly the packed dropper doesn’t exit until reboot and the delay is long enough to attach a debugger, dump the unpacked code from memory, then move it to another computer.

The entire kit is packed inside the dropper, about 13 files total (32-bit and 64-bit) and during the reboot delay everything exists in one continuous block of memory and once dumped; the components can be split up by byte signature “0x4D 0x5A 0x90” (DOS header).

No VBR The first thing i noticed after infection is that the first 16 sectors of the disk are blank (where the VBR should be located). To anyone familiar with rovnix this is a common sign of infection, as it uses the kernel driver to hide infected sectors (which is probably just as suspicious as showing them). | Stability The kit appears to run ok on Windows XP 32-bit, but on Windows 7 64-bit it causes the PC to BSOD about every 20 minutes (Sometimes the system can even get stuck in an infinite BSOD loop).

Anti Reversing I can’t tell if I’m going crazy or the anti reversing protection is what I think it is. The driver appears to check for a wide variety of reversing tools (vbox, vmaware, wireshark, ollydbg, ida, lordpe, etc), then disregards the results and exits the thread. My tests appear to confirm this as I’ve infected a VM with multiple blacklisted tools running and the malware still continues the infection. | I’ve checked through the ASM multiple time, but can’t seem to find anything that would result in the bot being any wiser about the environment after the execution of this thread.

Because the file system is now vulnerable due to it being saved as a standard windows file, the coders have added a high level (and fairly useless) kernel mode rootkit to the driver. The rootkit places SSDT hooks on the following functions:- NtQueryDirectoryFile – Hides the file.

Additionally the rootkit also hooks some registry functions to hide keys, I can’t see any sane reason why. | Although this won’t protect against antiviruses, it may stop usermode malware and beginner security researchers from tampering with the filesystem.Usermode ComponentThis entire bootkit + kernel mode rootkit all serves to protect a small trojan which appears to run as a service and do nothing other than log keys and ammyy id’s to a command and control server. The MD5 has is: 5e5f3ced234c6f7c91457a875cf4a570.
Conclusion
This isn’t the work of common scriptkiddies, it’s likely the coder has a moderate knowledge of kernel mode programming; however, the code is not experience with malware (using SSDT hooks and filters in a bootkit, having to move the virtual filesystem into a real file to access it from usermode, using batch file to delete melt exe). This clearly isn’t an “evolution” of rovnix as Microsoft claim, it’s just some random coders trying to make the bootkit compatible with their bot.

Thanks to Poopsmith for bringing the sample to my attention and Xylitol for retrieving it for me. |